No one wants to read the following in their local paper: 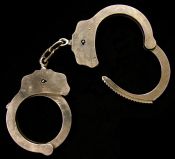 A private school in Sun Valley and a public school in Hailey have suffered taints to their reputation within the past few weeks by allegatinos of sex crimes committed by two separate men against the same 13-year-old boy.

And yet, that is exactly what Wood River area residents are reading in today’s issue of The Weekly Sun. Charges have been filed against a former teacher at The Community School in Sun Valley and a former lover of the Alturas Elementary School principal. Both the Blaine County School District and the Sheriff’s office have stated the school principal is not a suspect in the ongoing investigation. Area newspapers have published the following articles: